Zulu Gamefishing has been on a private expedition with Beluga Expeditions travelling from Port Douglas all the way down to Sydney and we’re currently working our way back up home (Port Douglas).

Diving around Lady Musgrave, Lady Elliot and Heron Island is always a magical experience, with curious Manta-rays and baby green turtles being highlights of the dives. We encountered challenging weather conditions on our trip down south, which is not unusual for the Capricorn Reef region, However the cooler weather was a welcome change.

Port Stephens was our main destination, chasing striped marlin, blue marlin and juvenile black marlin on the light tackle. Unfortunately the current was strong for the entirety of our stay (up to 3.8 knots current) so the bait pushed down low (over 100M in depth) and the marlin were few and far between. We took part in the annual Newcastle & Port Stephens Game Fishing Club ‘Billfish Shootout’ which ran over two days on the 18th & 19th February. The fishing was slow all round for the entire fleet (over 130 boats competing!), and many vessels ventured wide in search of blue marlin with the lack of striped and black marlin in the usual fishing grounds.

The famous south-westerly ‘bust up’s’ were ever present in Port Stephens with three vessels calling MAYDAY on the run in on the second day of the tournament after a tornado like cell ripped through and put some vessels and their crew in distress. Being one of the more capable vessels in the fleet, we turned around and punched back out in over 50knot winds to assist – Luckily the storms cell passed and the distressed vessels managed to get themselves back into safety, However we managed to loose our clears (in the flybridge) during the process.

Next stop was Sydney, where we headed out to Browns Mountain to try our luck deep dropping with the new Daiwa electric reel and try our luck trolling for blue marlin on the 24kg stand up and chair rods. Day one was rough out and deep dropping proved difficult, However we had Hapuku fish emerge from the deep which was a welcome treat and sure to satisfy the taste buds. The following days consisted of trolling only as mother nature showed her glory with rough choppy seas and rather average fishing. Bermagui has been the hot spot this season with numerous marlin being caught on the daily – Unfortunately other commitments have kept us in Sydney and we didn’t make it down that far south on this occasion.

Whilst in Sydney we were put on show as apart of an ‘open day’ for Beluga Expeditions –  organised by our agent Ocean Alliance. Sydney Super-yacht Marina in Jones Bay was base for BELUGA during her stay and we welcomed aboard an array of guests to experience what a charter on board BELUGA may include. Click here for the full report and images of the event.

Beluga is currently in Brisbane on the hard stand getting a highly anticipated ‘spruce up’ including a vinyl wrap which will change the colour of her hull and an exterior paint job which will have her sparkling like new! Keep an eye on Beluga’s Facebook page and Instagram Account for progress updates!

Zulu travelled out to the Queensland Seamount which is a 93NM run out of the Gold Coast for the day on Sunday (12th March) – Last minute decision and a short trip due to guest commitments – Deep dropping with the electrics found heaps of green eyed sharks and a few blue eyed Trevella.

Zulu is also in maintenance mode – having her annual ‘birthday’ including anti-fouling and all that jazz. We’re also conducting various jobs including sanding back to teak deck and re-vanishing the release game chair to ensure we’re primed and ready to go for the 2017 Cairns Black Marlin Season. Zulu has travelled over 10,000NM since July last year! (that’s nearly half way around the world!)

On another note, our full time crewman (Zulu) Michael Jacob has just flown over to Costa Rica in the USA for a couple of months to fish on private vessel PATRON’ . Panama, Costa Rica and the Mississippi coast are all on the agenda.

Patron is a 65ft Woodnut with Captain Darryl Weigelt at the helm. We hosted the Patron’ crew on board ZULU during the 2016 Cairns heavy tackle season and wish the boys luck! If you’re based in the states, drop by and say hi!

Thats all for now – Stay tuned for updates as we head back up north! 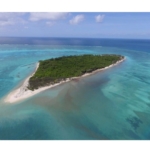 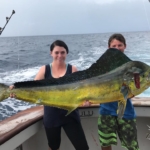 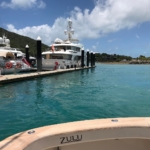 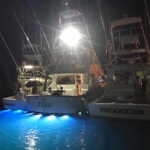 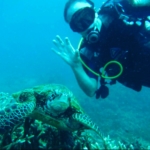 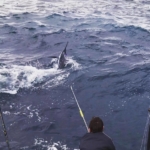 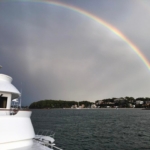 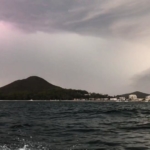 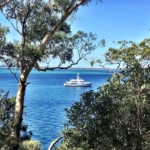 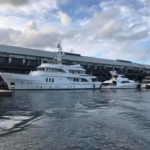 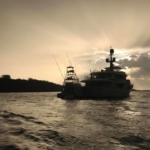 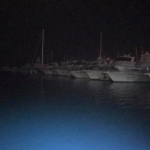 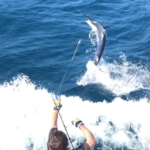 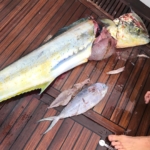 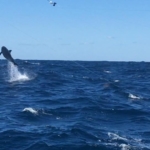 Dolphin showing off in our spread 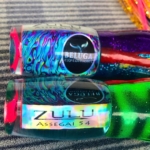 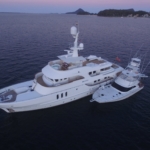 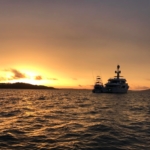 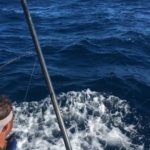 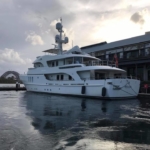 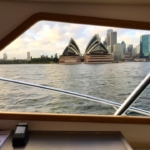 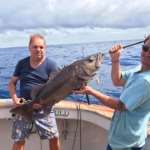 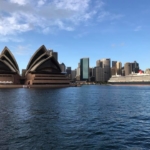 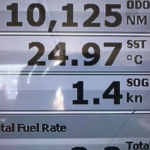 Beluga out on the slip in Brisbane

Creman Mo ready for the USA 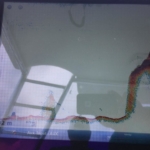 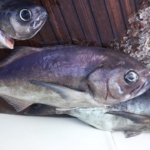 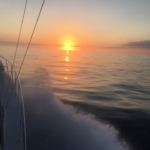 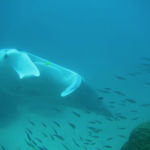 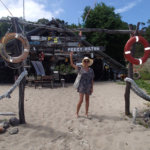