We were fortunate enough to be named the 2015 Lizard Island GFC Black Marlin Classic Champion Team. After taking the lead on day 1 with 2 fish, it was a long 7 days to keep on top of the leader board. Whilst the fishing was quiet overall, we were lucky enough to hold the lead right until the nail biting end where we were tied with Askari on 8 tags and won by countback. The majority of our fish were unusually small (Up to 150lb) and few larger marlin being caught between the fleet. 28 boats were competing in the prestigious tournament with 63 tagged fish overall. There were cheers all round with a few sore heads the next morning none the less.

Results as follows thanks to the Black Marlin Blog

Followed by Iona 2 and Adrenaline with 5 tags and Onsite, Black Magic and Duyfken with 4 each.

In other news, our charters outside of the tournament on the Ribbons Reefs in far North Queensland have produced some nice giant black marlin. Releasing several fish in the low 100’s (pounds) and nice fish at approx. 850lb which was satellite tagged and will join the World Great Marlin Race, thankfully donated by the Peter Teakle Foundation. The magic 1000lber arrived on a charter prior to the tournament,  Check our Youtube channel here for videos of the recent black marlin.

Our last charter wanted to do a range of fishing styles so knife jigging for dogtooth tuna, popper fishing for reef species and bottom dropping on the seamounts where popular choices with successful results.

Whilst we’ve had very limited internet reception out on the Ribbons Reefs, I will update again on our next visit to port.

Check out the gallery of pics below from our last few weeks! 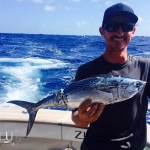 We call this a custom ‘Mac Tuna’ 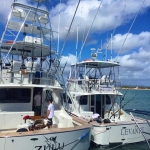 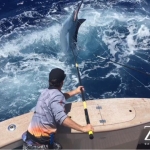 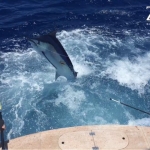 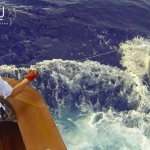 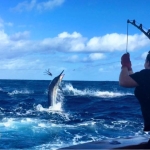 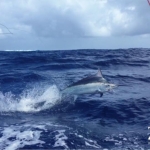 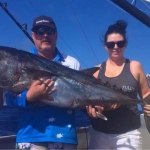 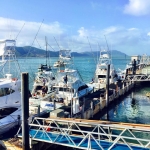 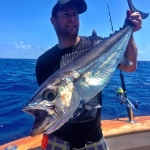 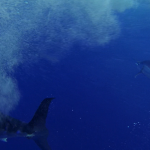 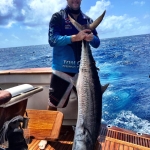 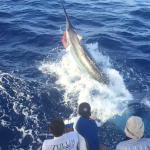 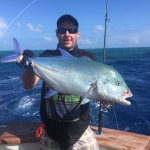 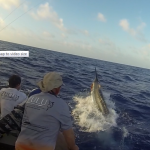