We’re nearing the end of our heavy tackle giant black marlin season charters on the Great Barrier Reef with our last charter finishing off in the second week of December. The season has had some surprises with big fish amongst the mix very early in the season followed by relatively calm weather for most of October which has been welcoming for our guests and crew alike. November has been warming up as we head into our Summer, However we’ve also experienced some really rough days on the reef which is a little unusual for this time of year.

Our season officially kicked off in early September with our Sports-fishing Expedition on the Ribbon Reefs. Utilising our fleet of vessels, BELUGA played host to both of our game boats, ZULU with Captain Casey Dent the helm and LEVANTE with Captain Chris (Sharky) Miles on the wheel. This was a special first-year offer for our loyal clients being able to fish on one of the game boats and share the mothership with the other game boats’ guests. Popper fishing the reefs, jigging, bottom fishing and of course heavy tackle marlin fishing were all on the agenda. LEVANTE caught the first official grander black of the season on Linden Bank weighing in at 1111lb!

October was busy busy busy as we head conduct our back to back charters out of Cooktown and Lizard Island. Check out the pics below of the action.

Unfortunately, November has been fairly quiet on the fishing front as the water quality has dropped and the fish are spread out after the annual coral spawn. Many boats have opted to head out wide in search on clean water and troll lures to attract a black or blue marlin. Fingers crossed we release a few more big girls before the season is out!

On another note, our new 40ft Assegai Express MINKE launched in October and has been working alongside BELUGA with great success. Captain Daniel Radcliffe went 3-2-2 on his first afternoon out with the heavy tackle and has consistently caught fish on her other trips out. MINKE is available as a day boat alongside BELUGA. Check out more info on our fleet of vessels here.

We’re now taking bookings for the 2018 season with our light tackle season running from late July to September and our heavy tackle season running from mid September through until early December. Our fleet of vessels include ZULU 54ft Assegai, LEVANTE 44ft Assegai, MINKE 40ft Assegai Express and BELUGA 114ft Mothership. Dates are already filling quickly so enquire now to see what options are right for you. 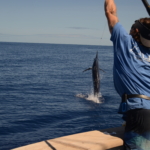 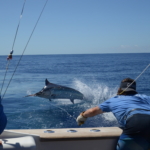 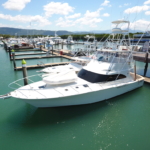 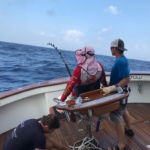 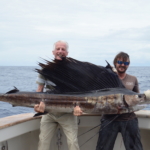 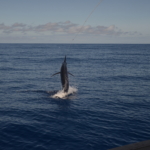