The heavy tackle black marlin season officially kicked off for team Zulu, partaking in the Cairns 50th Anniversary Tournament held during the last week of September. The tournament coincided with the unveiling of the life-size 1100lb bronze marlin sculpture at Cairns Marlin Marina, marking 50 years since the first recorded catch of a ‘grander’ (aka- 1000lb + marlin in the Cairns region).

This prestigious event was an opportunity for past, present and future anglers, captains and crew alike to gather and share tall tales of their experiences on the Great Barrier Reef. It was an honour to meet and greet the legends of the sport and hear of the struggles and sacrifices made, along with the amazing achievements accomplished in a time when technology, equipment and vessels were less advanced.

The tournament was held over 5 days with 4 days of fishing and 1 rest day in port prior to the evening presentation and festivities. Numerous large game-boats, both private and commercial made the effort to travel to Cairns from their respective ports within Australia, along with a few international vessels and anglers alike. The gathering of vessels made the sailpast an amazing site and one to be remembered! (See our live video feed on our Facebook Page from the morning)

The weather was stunning, barely exceeding 10knots for the majority of the tournament, however the fishing was tough, with 54 boats competing and a total of 4 fish taking out the win on board team Askari – Congratulations!

Congrats also goes to Capt. Billy Billson’s VIKING with a 1000lb+ Black Marlin tagged and released within the tournament, as well as a few other boats recording significant sized BLUE MARLIN releases.

Team Zulu, along with Levante and other vessels in the charter fleet are fishing their way north this week on charter in preparation for the annual Lizard Island Black Marlin Classic next week, beginning on Saturday 8th October with start fishing on Sunday 9th October. Stay tuned to our social media accounts for updates of the event.

We’ve just arrived into Cooktown from a 5 day heavy tackle charter which departed from Port Douglas, fishing North along the Ribbons Reefs. The trip started well with day one resulting in 2-2-2 Black Marlin weighing approximately 450lb and 120lb respectively. Our lucky 12 year old angler David Jnr. managed to reel in a whopping 80lb Dogtooth Tuna (approx) on 30lb test (on a good old Halco lure!) – That’s probably near record size to tackle. Day 3 added another 2-2-2 black marlin to the tally – up to 350lb. Day 4 – 2-2-2 and Day 5 2-1-1. The majority of fish were under the 400lb mark, However we’re enjoying the increased marlin activity.

Stay tuned for the charter video!

As usual, LIKE, FOLLOW and SHARE our social media accounts for up to date marlin action on board ZULU and LEVANTE from the Ribbons Reefs | Australia.

Check out the marlin action on our YOUTUBE CHANNEL HERE with over 20K views!

In the meantime… Get excited with a wrap up of our 2015 season on board Zulu. 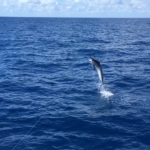 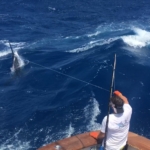 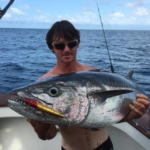 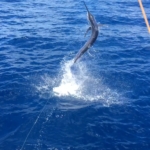 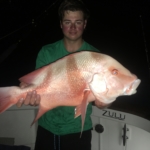 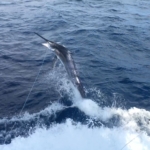 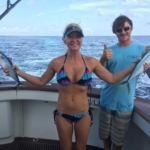 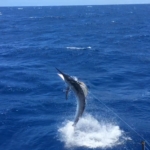 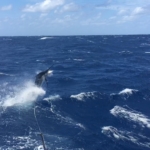 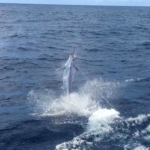