Zulu has just returned from a 6 day sports-fishing charter out at Holmes Reef and the Cairns Seamount in the Coral Sea. Holmes Reef is located approximately 140 Nautical Miles ex. Port Douglas (roughly 250km). Popping and jigging for Dogtooth Tuna and Giant Trevally were on the agenda for our experienced anglers hailing from the Gone Fishin’ Tackle Shop in Melbourne.

The weather gods were in our favour, blowing around 15knots for the majority of the trip with mostly sunny days. Holmes Reef is a spectacular destination – a very picturesque reef system with the edges dropping off to 1200m+ in depth. Numerous fish species provided some fun on the poppers including bluefin trevally, giant trevally, red bass, coral trout and iron-jaw to name a few.

Jigging was a little frustrating at times with a good showing of dogtooth tuna on the sounder, matched by a pletherum of awaiting sharks mid water. The Cairns Seamount was a hotspot for good sized Wahoo along with other pelagic species and provided hours of fun on the troll (and a few sore arms)!

This charter wraps up our varied fishing-style trips with our heavy tackle marlin charters starting next week with the 50th anniversay Cairns marlin tournament on our radar. Who else is excited for the BIG GIRLS? We are!

Stay tuned for the latest action on water here… 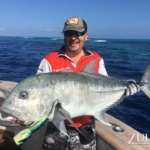 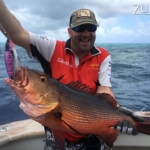 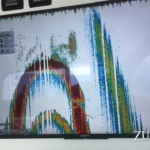 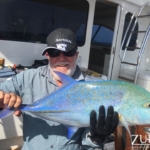 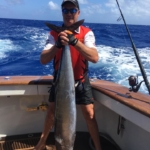 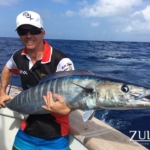 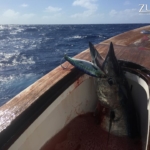 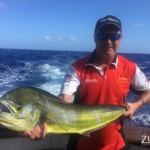 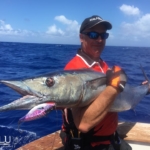 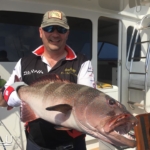 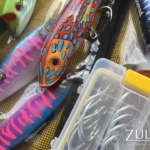 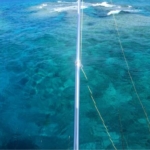 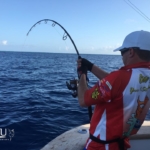 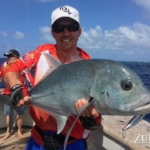